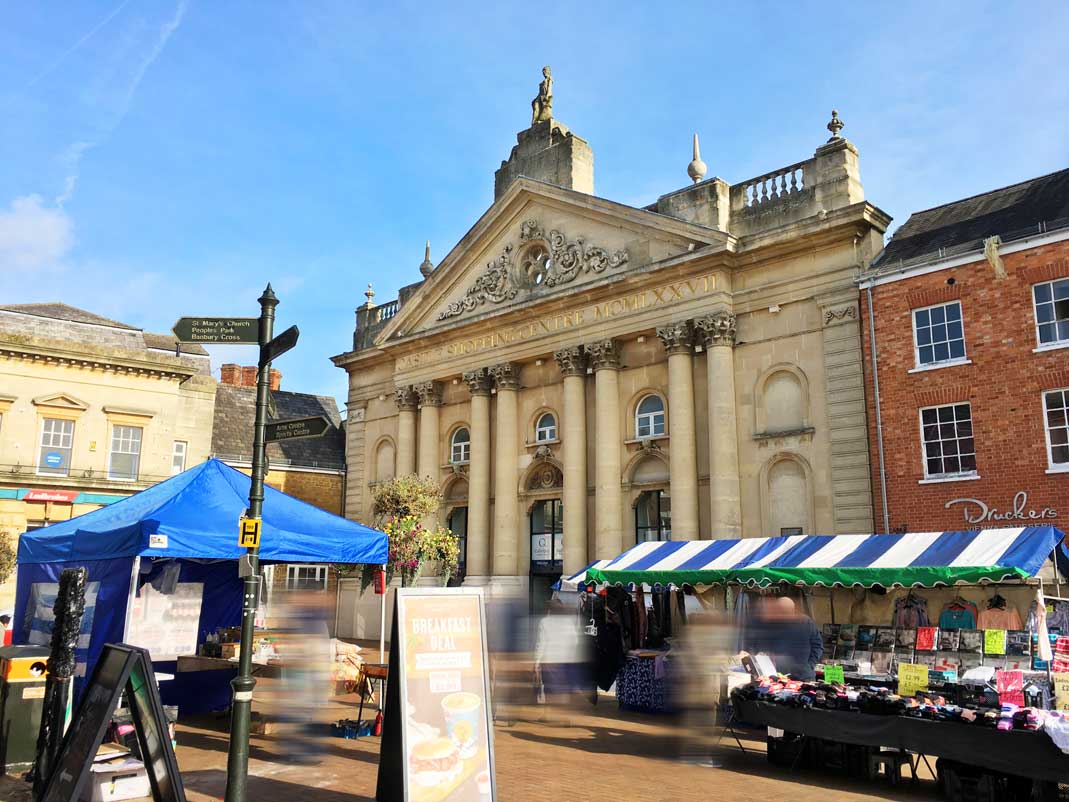 When Queen Elizabeth II visited Banbury in 2008, for the 400th anniversary of the Town Charter, people from all over Banburyshire came to the Market Place and Town Hall to help celebrate with the nation’s ruler. Her visit represented togetherness and a solidarity with history, an important milestone to be remembered.

Brexit; A Vote for the Ages

Eight years later and Britain as a whole was thrust into a period of reflection. In very simplified terms, it was a vote by it’s people to either retain it’s own independence and governance, or forge a new relationship under the European Union. There was – and still is – much debate over the future of this great country and the people that live and work here. One person’s ‘good’ is another person’s ‘bad’ and vice-versa. The cornerstone of democracy is a willingness to debate and work to make things better, whatever views one may hold.

On the morning of the Brexit result in June 2016, the BBC News Breakfast show was broadcast from Banbury’s ‘Cornhill’ or Market Place, complete with sofas and a plentiful supply of Banbury Cakes. To discuss the result and what it means going forward, was former director of the Confederation of British Industry, Lord Digby Jones.
You can watch the interview here
(facebook/bbcbreakfast)

On the exact same spot their interview was conducted, lies a bronze and steel inlay designed by artist Hilary Cartmel, telling of the destruction of the original Banbury ‘High’ or ‘Market’ Cross. Yet we are not exactly sure of the sites where all three of the town’s old crosses stood. They’re now lost to time, the more recent incarnation at the top of High Street becoming a fourth cross. What we do know is that in July 1600, the more Puritan members of society conspired to rid the town of it’s ‘pagan’ centrepiece; an icon that gave them identity, and in it’s shadow, a place to meet and exchange goods and ideas.
Read more about Banbury Cross here.

Damon Albarn, singer for Blur, Gorillaz and The Good, the Bad and the Queen mentions the ‘borough of Banbury‘, in the latter’s song Gun to the Head. The group’s 2018 album Merrie England is a said to be a poetic love-letter to the traditional English way of life, but seen through the lens of a family breaking apart. To help form the lyrics for the album, the singer went on pilgrimages taking in ancient Roman routes, provincial sea-side towns and to places of cultural history, folk tales and myth. From these traditional Pagan roots sprouted a new, modern sense-of-self throughout the centuries, where people of any faith, profession and outlook sat together side by side.

The ‘head of the Unicorn’ could mean either the old Unicorn hotel in Cornhill, or it could mean the Queen herself; the Unicorn represented on her coat of arms. ‘The point where the sky and earth touch‘ could be construed as either the top of the cross reaching skywards, or again the Queen who is said to be God’s representative on Earth – spirit and matter converged. ‘The wheel in the middle of the town‘ could again be the cross.

But whatever the literal meanings might or might not be, the echoes of the past are ever present in the dwellings of today.

So how do we all adapt to change?

Banbury has always been a welcoming and open town nestled in the heart of England. Over the decades we’ve welcomed millions of visitors through international tourism – and have been a host to new residents of many different nationalities. People have chosen Banbury as a place to live in, work in and raise a family in, for many different reasons, for many years.

It doesn’t matter which views you hold or where you come from. We can all celebrate our town and it’s people, at the same time as building on the spirit and togetherness that forged modern life on these isles for millennia. Why stop now?

As Mr Albarn himself sings;