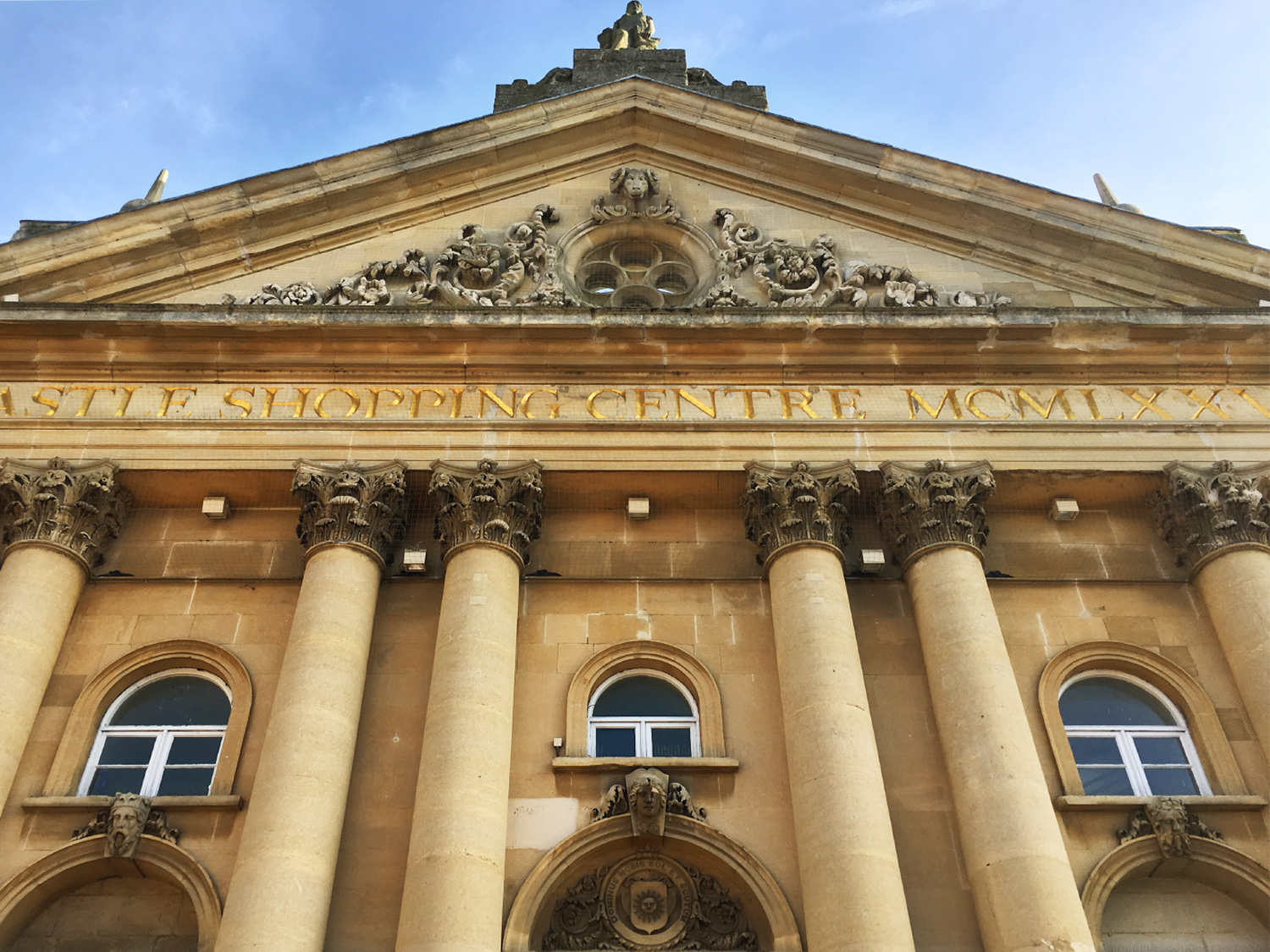 Home Things To Do Shopping

Indulge in a shopping spree during your stay in Banburyshire by seeking out some of these retail hotspots. From small independent high street traders to high-end luxury stores such as Bicester Village, there’s enough variety on display to make a dedicated shopping trip a worthwhile activity.

Banbury was runner-up in the finals of the 2016 Great British High Street Awards, cementing it’s place as one of the best town centres in the country!

The oldest part of Banbury town centre is it’s newly designated Old Town which comprises of narrow pedestrianised roads situated around St. Mary’s Church, the High Street and Market Place. There’s plenty of history entwined with the streets and buildings that now play host to thriving independent stores, cafes and services. Keep your eyes open to the architectural details as you make your way through this historically important area.

From the High Street or St. Mary’s Church, Church Lane is a narrow street dotted with interesting shops that sell products such as Belgian chocolates, high-end audio devices, sweets from around the world and even Banbury Cakes (see our recipe here). This leads up to Parson’s Street which is where you’ll find the centuries old Reindeer Inn, famous for Oliver Cromwell’s Civil War base in the Globe Room. Some of the stores you’ll find here sell artisan gifts, handmade chocolate, homeware, fashion, interior decor and kitchenware. Parson’s Street also has a good selection of bars and Thai, Indian, Japanese and Italian restaurants. There is an excellent art supplies shop and gallery that came runner-up in the Great British High Street Award’s ‘#BestGBTwitterShop’ in 2016. Another new art gallery has recently opened which is well worth a visit, there is a well known comic book store and also a few charity shops; perfect for picking up a unique bargain and helping out those in need.

White Lion Walk is also a lovely spot to roam where you’ll find second-hand books, gifts and a musical instruments store. The area is also great for hair, nail and beauty salons.

Visit our Markets page to find out more about Banbury’s Charter Market situated outside the Castle Quay shopping centre.

Castle Quay gets it’s name from the medieval Banbury Castle which stood on the site from 1135 until it’s decay and ultimate demolition in 1648. It played a role in the English Civil War and was used as a prison at one point.

You can find Banbury Museum from either the Tourist Information Centre or from the Oxford Canal to the exterior. Alongside this is Tooley’s Boatyard which has been repairing narrowboats for decades and now also has a museum element. Banbury Museum is well worth a visit as it often hosts popular touring attractions such as art and history exhibitions, interactive children’s events and education workshops.

It’s also a great base from which to visit The Mill arts centre and explore Spiceball Park, both of which you can reach via the Oxford Canal right next to the shopping centre.

One of the UK’s top shopping destinations, Bicester Village is famous for it’s discounted luxury fashion brands and the tourists that fly in from as far as China to shop there. In fact half of all Chinese visitors to the UK also take time to visit this retail hotspot.

Situated close to Bicester town centre and Bicester Village railway station, the site is laid out in an American style ‘Main Street’ with each store in it’s own wood timbered boutique building. The stores themselves sell reduced or end-of-line products rather than the latest ranges, being that Bicester Village is primarily made of outlet stores. You can grab a bargain from stores such as Prada, Polo Ralph Lauren, Tag Heuer, Versace, BOSS and Cath Kidston, plus many more. There’s free wifi, a play area for the kids, a luggage drop, baby changing facilities and even a contemplation room.

An interesting fact for you; Bicester Village is the second most visited place by Chinese tourists in the UK after Buckingham Palace!

In the centre of Banbury off Marlborough Road/Calthorpe Street is the Calthorpe Centre which features a large fashion outlet store and a supermarket. This is also a great spot for town centre parking.

To the north of the town is the Banbury Cross Retail Park with a good variety of electrical, health, food, homeware and fashion stores. The site is also next to large Tesco Extra; a two-floor supermarket that sells homeware, electrical goods, books, games and clothing alongside the usual groceries. Around the corner on Southam Road are warehouse sized stores for your DIY, car, bike, home, office and food shopping needs.

Near to the M40 Junction is Banbury Gateway Shopping Park, the latest shopping location to spring up on the outskirts of the town. Here you’ll find well-stocked fashion brand stores, a fast food restaurant and a coffee shop.

Bicester Avenue Home and Garden Centre is just outside the town on the A41 and within walking distance south of Bicester Village. Some of the stores at Bicester Avenue include a garden centre, hobby supplies, fashion and outdoor equipment stores, a cafe and a farm shop which sells locally made produce. There’s also a children’s play area to keep the kids happy while you shop or take a break.

Chipping Norton town centre was runner-up (Small Market Town category) in the finals of ‘2016 Great British High Street Awards‘, confirming it’s place as one of the best small town centres in the country! It also has free parking for all so there’s no excuse not to drop by and see the town for yourself.

‘Chippy‘ as the locals call it, is a small but excellent place for a spot of casual shopping, with it’s many boutique shops selling all manner of lovely goods. The town is proud of it’s independent spirit, preferring local businesses to set-up, thus keeping the income within the town rather than encouraging chains to blot the landscape. Of course there is a mix, but you’ll find a thriving sense of community spirit as you visit cafes, antique sellers, with boutique clothing, homeware & gift shops taking centre stage amongst a handful of convenience chain stores.

There’s also a great park down the hill from the High Street where you can let the kids play away as you soak up some of the laid back Chippy atmosphere. The town is on the route towards the Cotswolds area if you want to venture further for a while.

Take a look at our Markets page where you find details of Chipping Norton’s market days.

Westgate Oxford was relaunched in 2017 with it’s aim to be the ultimate retail and lifestyle destination in Oxfordshire.
It’s 800,000 sq. ft. features stellar fashion and luxury brands such as John Lewis, Cath Kidston, Boss, Godiva, Primark and Superdry, with eclectic restaurants and cafes, a five screen boutique Curzon cinema and rooftop bars and dining.

Cornmarket Street has the usual array of chain stores such as but also has access to the wonderful and beautiful Covered Market where you’ll find some exciting independent traders. The Clarendon Centre is a small shopping centre also accessed from the street.

You’ll find Debenhams at the north end and the historic Golden Cross area through a gate to the south end. From here and the Carfax Tower you can explore the rest of Oxford with Oxford Castle to the east, Christchurch to the south, the High Street and Cowley further to the west, or take in Jericho’s excellent atmosphere and boutique shops and bars to the north.

The second most visited attraction in England after Buckingham Palace! Visit Bicester Village and discover more than 160 boutiques of leading brands, including Oscar de la Renta, Gina and Saint Laurent, with savings of up to 60% on the recommended retail price and instant tax refunds.

As seen many times on the BBC’s Bargain Hunt and Antique Road Trip, 200 dealers sell all types of antiques and collectables. Over 100 cabinets of watches, rings, china, military coins, and much more. The Cafe sells fresh rolls, cakes, tea and coffeee. Disabled parking, lift and toilet facilities. Wide aisles throughout.

If you’re looking for more well known brands, then head to the centre of Banbury next to the Market Place. The Castle Quay complex has well known brands but also features a fantastic museum, art gallery and Tooley’s Boatyard; a working narrowboat dry dock. You’ll also find the main Post Office inside WH Smith.

FOR YOUR EVERYDAY SHOPPING