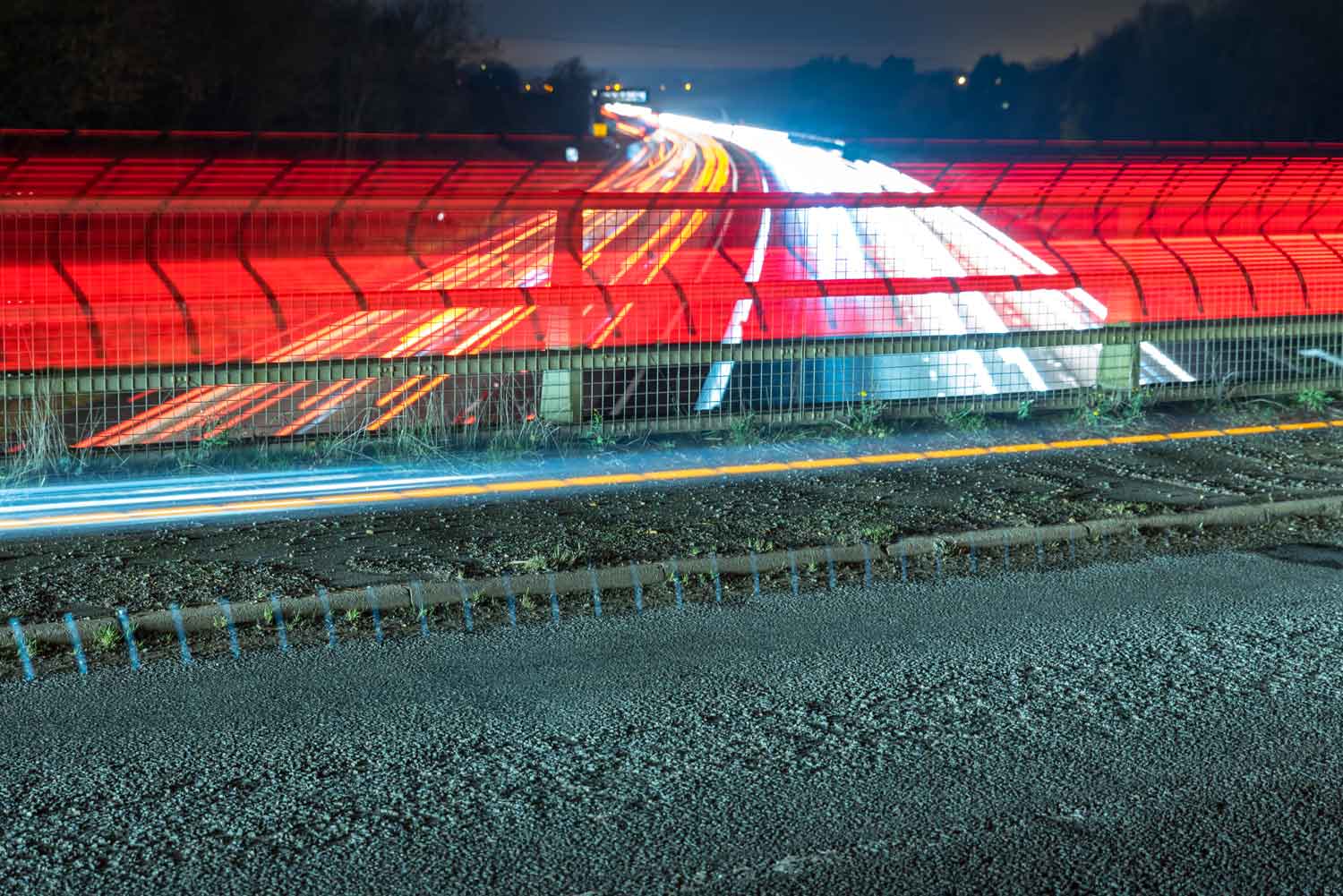 Need to know the best way to get to and from Banburyshire? Here’s all the information you need to get to Banbury town centre and from there you can venture out to other areas with ease. There’s plenty to see as you travel around, either by car or public transport, so we’ve made it easier for you to plan your trips in more detail.

BY ROAD
BY TRAIN
BY BUS & COACH

The M40 motorway, which travels northwards from London to Birmingham runs through Banbury which is off junction 11.
Bicester and Oxford (Wheatley) are also south from Banbury at junctions 9 and 8 respectively, with services at Oxford.

Main roads from Banbury town centre take you to:

Bicester & Oxford (A4260 ‘Oxford Road’)
To get to Oxford from Banbury Cross, follow the A4260 (South Bar), which will take you through Kidlington and all the way to Summertown. Continue through Summertown to St. Giles and the city centre. Be aware that there’s limited parking in Oxford which is trying to go car-free. The Westgate shopping centre has spaces but we advise using one of the Park & Ride bus schemes. Peartree Park & Ride is the closest from Banbury.
Travel time is around 45 minutes depending on traffic which can be slow at peak times.
You can also use the M40 motorway south from junction 11 at Banbury, taking you to the A34 and from there into the city via the Botley Road or the Seacourt Park & Ride.

Chipping Norton & Cotswolds (A361 ‘Bloxham Road’)
From Banbury town centre, at the top of the hill of South Bar, take a right onto the A361 (Bloxham Road) and follow it towards Chipping Norton, which will take you to the A44 on to Moreton-in-Marsh and Broadway, or continuing the A361 to Burford.
Take the A44, A436 towards Stow-on-the-Wold then the A429 towards the heart of the Cotswolds and Cirencester. From there you can follow it down towards Bath.
If you want to head towards Cheltenham and Gloucester then take the B4068 at Stow-on-the-Wold or the A-route of the A429 then A40.
From there you can take the M5 towards Bristol and the West Country.

Travel time from Banbury is around 2 hours if traffic-free.
Be aware that there is a Congestion Charge if driving into Central London.

Birmingham (M40 northbound)
Birmingham can be reached if driving from Banbury via the M40/M42 motorways north; the M42 junction takes you to the southern and western areas and is best for the city centre, or take the M6 junction to travel east around the city and to the north of the centre. Travel time from Banbury is just over an hour if traffic-free.

Brackley, Buckingham & Milton Keynes (A422 eastbound)
There are a few ways to get to MK by car;

Take the Oxford Road (A4260) towards Adderbury, then the B4100/B4031 through Aynho & Croughton, then A421 to Bletchley and on to your Milton Keynes destination from the south.

Head towards the M40 junction and follow the A422 east, signposted to Brackley and then on to Buckingham and then the Old Stratford Roundabout, taking the A5 past Stony Stratford and into west MK.

Another way is to head to the A43 either via the B4525 at Middleton Cheney or from the A422 at Brackley, then head towards Silverstone & Towcester. Then take the A5 as above.

Travel time from Banbury is around 50 minutes if traffic-free, on all routes.

There are usually petrol stations within 10-15 miles of any one place, but please check before you travel in case of emergencies.

CHECK FOR TICKETS WITH TRAINLINE

Birmingham (including airport)
There are around 4 direct trains per hour from Banbury Station to either Birmingham Moor Street or Birmingham New Street, which take between 46 minutes and 1 hour 7 minutes depending on the service.
Some of the stops on the services are; Warwick Parkway, Leamington Spa and Coventry.
Standard class return prices range from around £22.45 peak time to £15.40 off-peak time, but do check on availability first.

Oxford
Banbury Station to Oxford takes between 18 and 30 minutes depending on the service. There are usually 2 to 3 trains every hour from platform 3.
Standard class prices range from around £12.50 peak time to £6.50 off-peak time, but do check on availability first.

London Marylebone
There are direct trains from Banbury Station to London Marylebone, which take between 58 minutes and 1 hour 20 minutes, depending on the service. There are usually 3 trains every hour from platform 3.
Standard class prices range from around £40.00 peak time to £30.00 off-peak time, but do check on availability first. You can also purchase London Transport travel cards to combine travel with the London Underground (Tube) and bus travel in the city.
The best way to travel once in London is by Underground (Tube) and buses using the Oyster Card system which you can top up with debit and credit cards at all London stations.

The main bus routes within the Banburyshire area are operated by Stagecoach.

Fares within Banbury are around £2 or less depending on the route travelled. You can travel to most places in Banbury in under 20 minutes depending on traffic. The S4 route takes you to Oxford City Centre for around £6.70 return per adult. For £8 per adult return, a change on the S4 route at Oxford Parkway Railway Station to the S5 route will take you to Bicester town centre. Please leave at least 1hr 30mins for these trips.

Route 301 runs from Poole on the south coast up to Bradford in Yorkshire. Main stops include Bournemouth, Winchester, Oxford, Banbury, Birmingham International Airport, Nottingham, Sheffield, Leeds. 319 is similar but runs from Oxford and includes Banbury, Leamington, Warwick before Birmingham International Airport. Service 201 runs to Heathrow Airport and Gatwick Airport. A route to Stansted Airport is available from Oxford City Centre. 211 runs from Birmingham through Coventry, Warwick, Banbury then on to London Heathrow Airport and finally London Victoria.

Routes to Oxford:
Catch the S4 Stagecoach to Oxford from Banbury Bus Station.
The price is around £6.50 per person to the city centre, but cheaper if you purchase a Stagecoach travel card in advance.

Route to the Cotswolds:
Get the 488 Stagecoach to Chipping Norton from where you can catch The Villager minibuses that travel around Chipping Norton, Stow-on-the-Wold, Moreton-in-Marsh, Burford, Witney and outlying villages. Please check times and routes carefully.

Routes to London:
National Express coaches run service 211 from Banbury Bus Station on Bridge Street, travelling to London Victoria which includes a change at Heathrow Airport. Travel time is around 2 hours 35-55 minutes which includes the change. Prices are around £65-70 per person for a day return trip.

Routes to Birmingham:
National Express coaches run services 210, 211, 212 & 319 from Banbury Bus Station on Bridge Street, travelling to Birmingham Coach Station in Digbeth.
Travel time is around 1 hours 30-45 minutes.
Prices are around £16-17.10 per person for a day return trip (+ £1 booking fee if booking online).

Routes to Milton Keynes:
Take a train south to Bicester North (around 12 minutes), then catch a service X5 Stagecoach bus from the station which will take you to Milton Keynes’ centre:MK shopping centre, in just under an hour. Please check both train and bus times and routes before you travel. Prices are around £23.80 (£10.10 anytime day return for train + £13.70 per adult for a day return trip for the bus), but do check first as this depends on the time of travel.