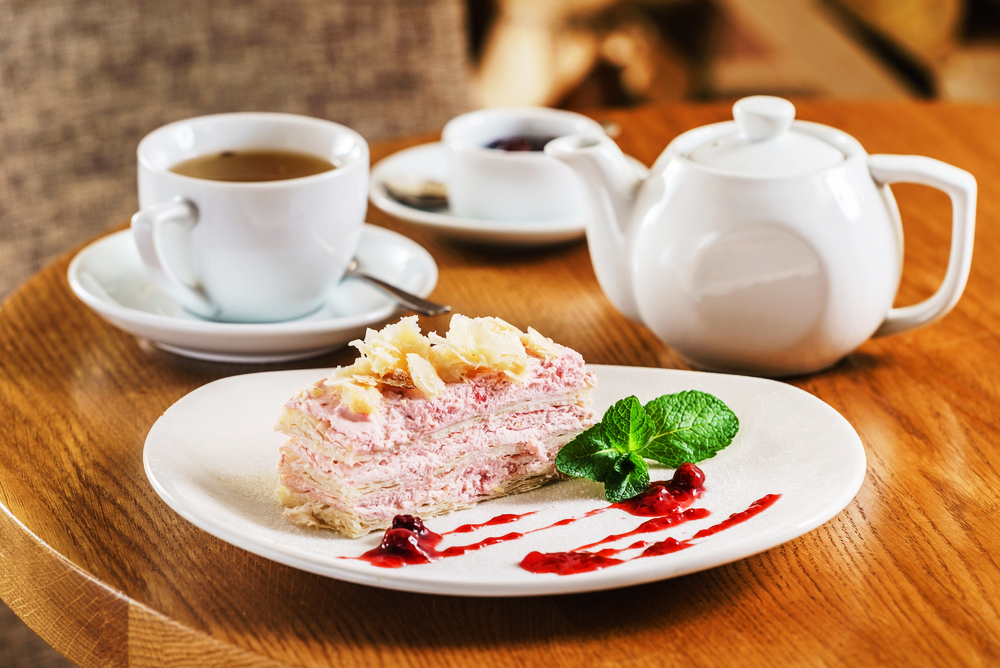 Home Things To Do Food & Drink

If you prefer a coffee and cake to a pie and a pint, then there’s a good range cafe’s and tea rooms in Banburyshire, from quaint village patisseries to bustling town centre drop-ins. Take an hour or two out of your hectic day and settle down for a brew.

The say that in New York you’re never more than 6 feet away from a rat, well in England the same could be said about a pot of tea, such is the reverence for the simple hot beverage. Arriving from China and India in the eighteenth century as part of the British Empire’s cultural exchange, tea became popular throughout the classes and remains an important part of daily life for millions of people today.

Traditional tea rooms are experiencing a revival away from the catch-all cafes that can often include hot food much like an American diner. These tea rooms are all about taking time out with good company and savouring some tea or coffee, possibly with some cake or cream buns for those with a sweet tooth.

There are plenty of good cafes in the town centres, whether they offer a hot beverage and a snack in traditional settings, as part of a pub or restaurant, or serve lunch during a mid-shop stop-off in a department store. For those that also want to sample a hearty Full English Breakfast then there’s also the option of a ‘greasy spoon’ cafe that will satisfy your hunger as well as your thirst.

You will also find cafes at most tourist areas, museums and attractions so keep an eye out on your travels for a place that best suits your needs on the day.

The rise of coffee culture in Britain parallels with the demise of the traditional pub, with people now more likely to catch-up with their friends – or work emails – in a coffee shop. A quick, sharp shot of espresso is more suited to today’s faster pace of life over a leisurely lunch, yet most coffee shops do provide newspapers, free wifi and board games for those that would prefer to stay a while. It’s worth seeking out the independent coffee shops and cafes over the sometimes soulless chains; they often have unique and locally made batches of coffee and tea, plus you’ll be helping the local economy as well.